On September 23, 2019, the Keio University Research Institute at SFC, the Cyber Civilization Research Center (CCRC) at Keio University, and Lawson, Inc. started collaborative research at new convenience store on campus at SFC as a joint project. The store is not just any Lawson, but is a prototype of a virtual power plant (VPP), which is a new model in the worldwide energy market. 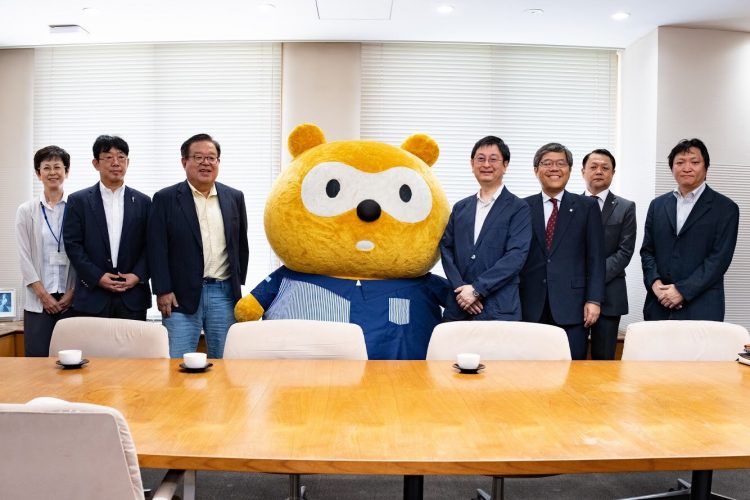 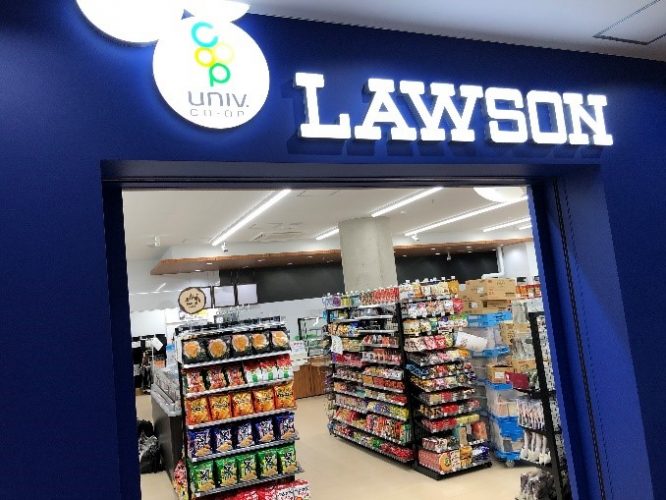 According to Wikipedia, “A virtual power plant (VPP) is a cloud-based distributed power plant that aggregates the capacities of heterogeneous distributed energy resources (DER) for the purposes of enhancing power generation, as well as trading or selling power on the electricity market.”

To implement the VPP, each energy resource in the new store works like a solar panel. The refrigerators, a battery charger for Electric Vehicles, and the air conditioner have network access to form an in-store Energy Management System (EMS). The Internet allows the EMS to connect and communicate with the EMSs located at other Lawson stores, functioning as a VPP. 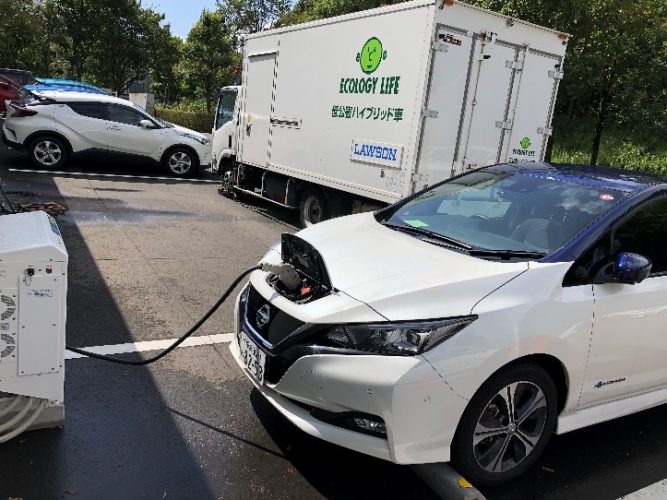 Lawson uses an open strategy with an Internet Protocol (IP) and ECHONET Lite [https://echonet.jp/about_en/], an open-standard interface for home appliances certified by the International Electrical Commission (IEC). This open strategy has allowed a small startup to make controllers and apps to optimize energy consumption in the store. In-store energy management with the VPP not only provides energy for daily use, but also functions during disasters. When a power outage occurs due to a typhoon and earthquake, a car’s battery can power the store so that evacuees can come to it for food and water. 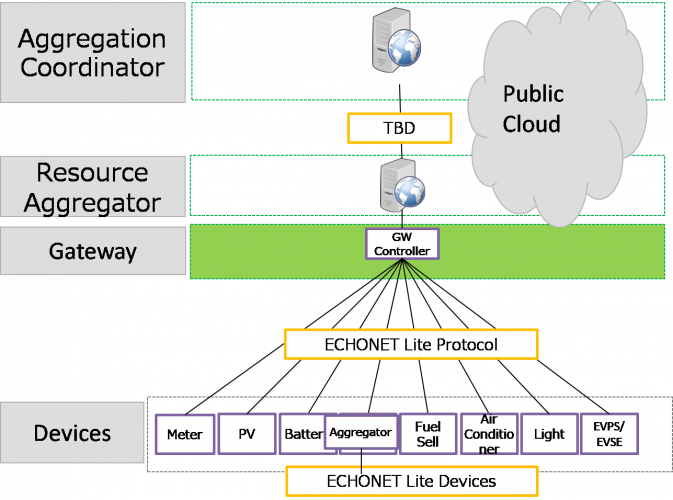 On March 11, 2011, the East Japan Earthquake damaged the Japanese electric utility system and caused many black-outs around Tokyo. This put the spotlight on demand-side management in the Japanese electric utility system. In general, peak load decides the volume of electric capacity, which an entire system requires. For example, with peak load at 2:00 p.m. on a summer day in Tokyo in 2011, air conditioning came to 47% of household energy consumption while refrigerators and showcases consumed over 50% of energy used in grocery stores [1] .

“This prototype addresses IoT innovation on an energy sector through study at SFC to prove that the cooperation of demand-side resources ensures social trust, the quality of daily store operations, and necessary conditions for electricity to be sold on the market. The store cannot charge a system fee to customers, so I am considering a business model for that. For now, its goal is to sell electricity on the market, to retailers and distributers as an eco-friendly energy resource,” said Masaki Umejima, the leader of the project.
A framework of trust that is subject to an open network policy is becoming essential to IoT innovation.

“Networked intelligence, unbound by physical limits, connected by and aggregated on the ever-powerful cloud, urges humanity to reconsider foundational concepts that have defined civilizations for centuries.” Said the CCRC, which is in charge of research on cyber-physical systems. In regard to the store, the CCRC went on to say, “It is a very good demonstration showing how the application of IoT can bring real benefits to our physical society. We hope to develop a secure international standard that can be easily controlled by businesses and users to help generate greater benefits to society as a whole.” 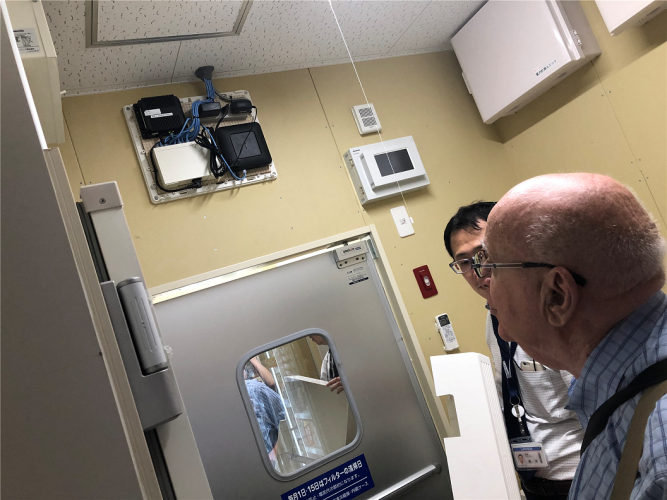 David J. Farber, the grandfather of the internet, sees the control console for the new Lawson store.

The CCRC welcomes students to join them in research to bridge the virtual and physical environments with the application of a trusted IoT system and efficient data management. Stay connected to and tuned into the upcoming news and feel free to reach us directly at admin[@]www.ccrc.keio.ac.jp.

Reference:
[1] J. Agency of Natural Resources and Energy, The demand structure of Tokyo Area in the peak time in summer, 2011.